This article originally appeared on People.com.

Kirstie Ennis is used to facing challenges head-on —and her latest has her baring all on a cover of ESPN Magazine‘s Body Issue.

The Veteran Marine — who survived a helicopter crash in Afghanistan in 2012 that resulted in severe injuries and required more than 40 surgeries — had her left leg amputated above the knee at the end of 2015.

“I was intimidated at first,” Ennis admits of the prospect of stripping down for ESPN. But the thought of making a difference for other people going through similar struggles convinced her to say yes.

“I really thought about it and thought about the demographic and the people that would see it and I really realized that it wasn’t about me anymore,” she says. “Any man, woman, or child facing some sort of adversity has a potential to be inspired by these pictures and seeing somebody who only has been missing their leg for a few years go out and do things that she wasn’t doing with two legs.” 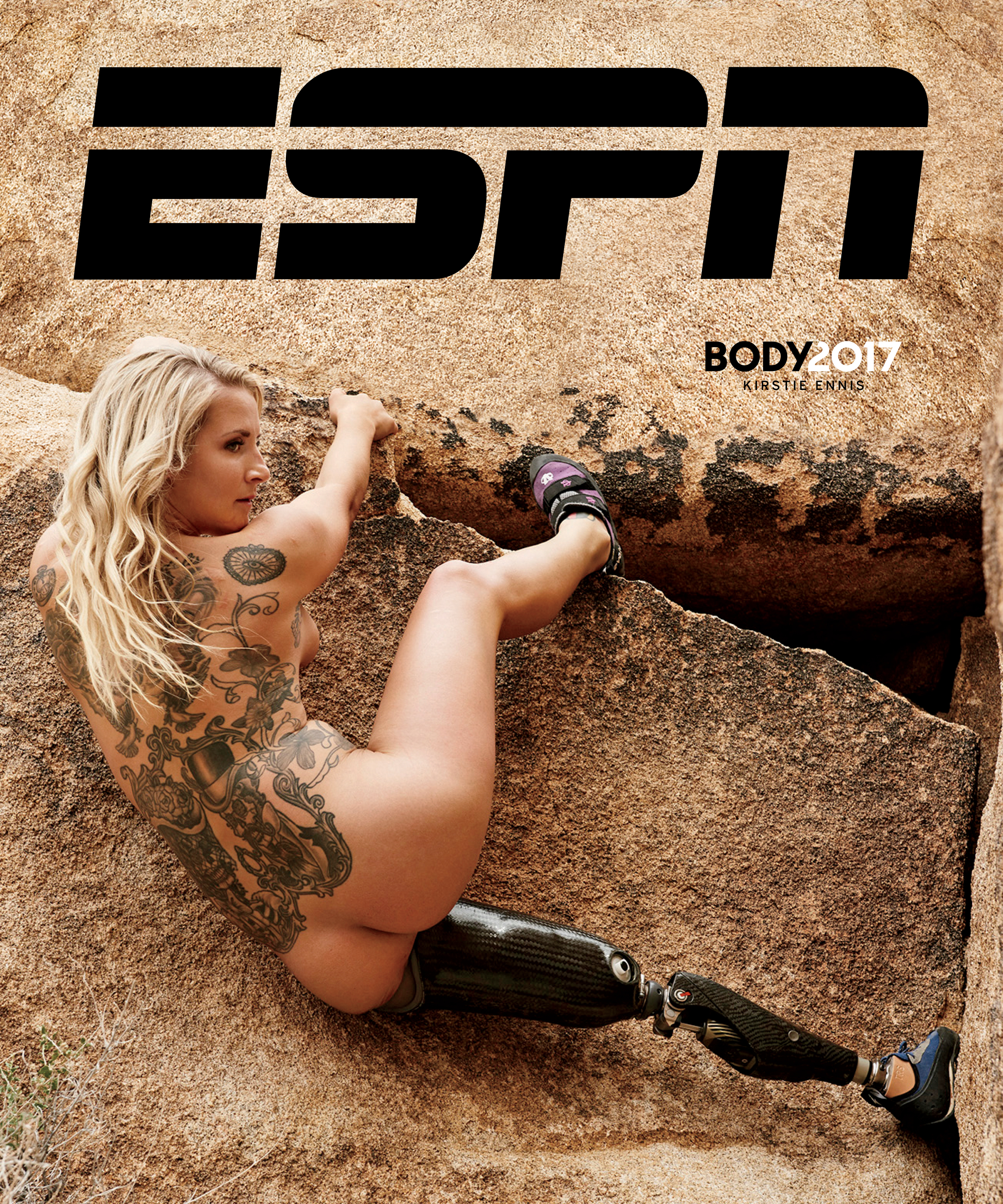 And though she says the first moment was the most nerve-wracking, she felt at ease by the end of the process.

“The hardest part was just dropping the robe,” she says. “At a certain point, it’s like, ‘Realistically, this is pretty badass. I don’t know of anybody else in the world that has ever climbed at Joshua Tree with no clothes on.’ “

Badass is an accurate description of Ennis, whose pursuits post-amputation are impressive. While her above-the-knee amputation came as a shock and slowed her recovery process, she didn’t let it stop her.

“That truly flipped my whole world upside down,” she says. “I didn’t think that I’d ever go back to snowboarding, I damn sure didn’t think I’d be climbing mountains or rock climbing. But I figured it out.”

Ennis is now one of the top Paralympic snowboarders in the world, and is looking forward to (hopefully) competing in PyeongChang next year. She’s also a mountain climber: She took on Kilimanjaro in March, Carstensz in a few weeks, and after that, Everest. Denali is on her schedule for the fall.

Despite these incredible accomplishments, Ennis’s recovery battle continues: Last November, she had to go back into the operating room to have two more inches of her leg removed.

“Curveball after curveball,” she says. “I’ve been blessed with a pretty strong body and I went right back into training as soon as they cleared me to get back up on two feet.” 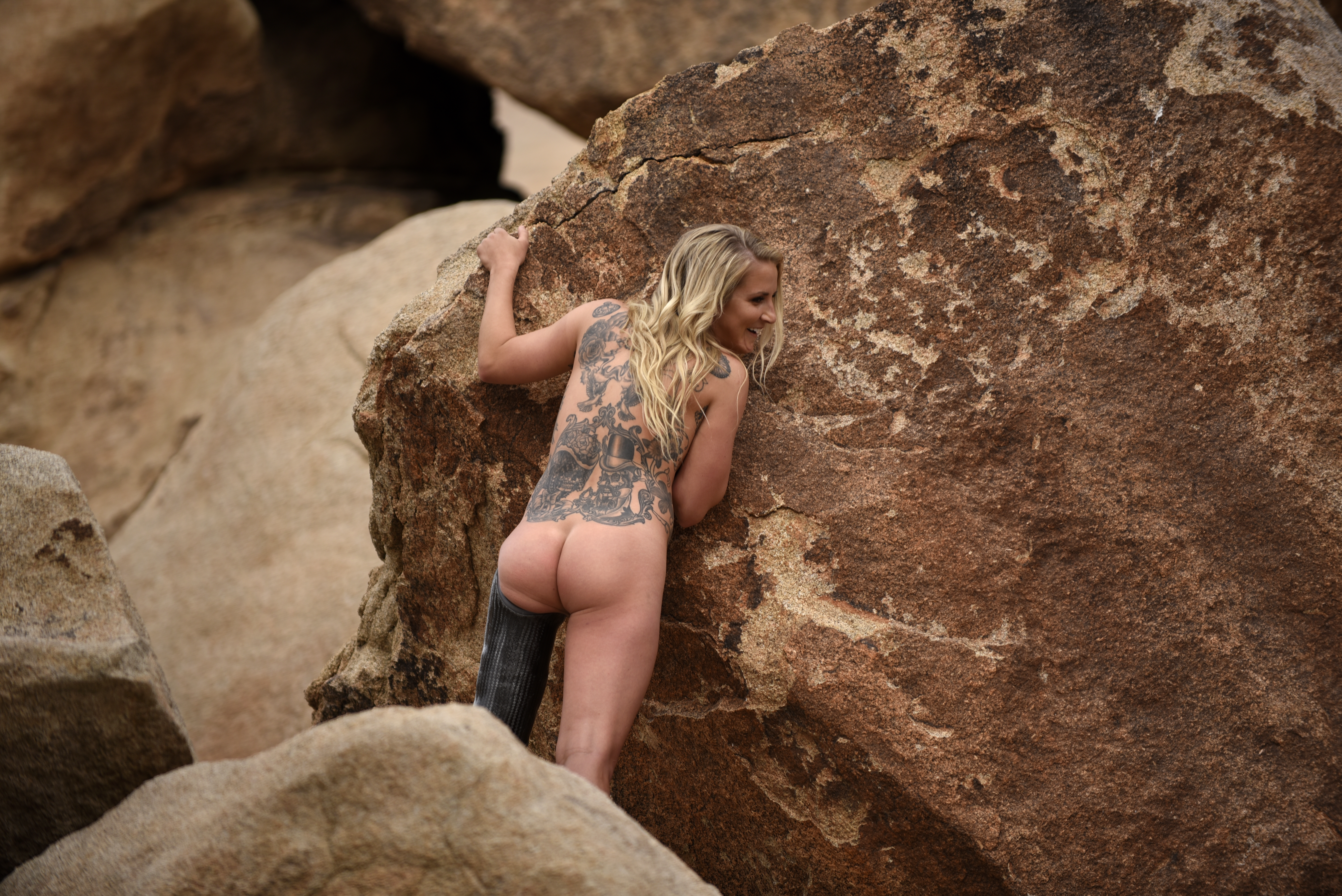 Her injuries present not only physical hurdles, but mental ones, too. This is where the MVP Foundation — headed up by sports commentator and coach Jay Glazer — comes in. The program supports retired NFL players and combat veterans in their transitions to a life outside of professional sports and the armed forces. The group meets weekly, and after a 30-minute workout session, they all sit down for a “fireside chat” and talk about the importance of living.

“I said, ‘Show of hands, if this group wasn’t here, if we didn’t have this team, how many people in this room probably wouldn’t be alive right now?’ ” Glazer tells PEOPLE of a recent meeting. “And we had about 40 people raise their hands, including Kirstie.”

He says: “It’s just giving them a message of, ‘Different is good. Don’t be afraid to be different. You don’t need to blend in with the rest of society.’ Be proud of every battle scar you have, inside and out, wear that proudly.”

And even in a room of inspiring people who have overcome so much, Glazer says that Ennis stands out.

“She is one of the biggest game-changers of a person you’ll ever come across in your whole life,” Glazer says. 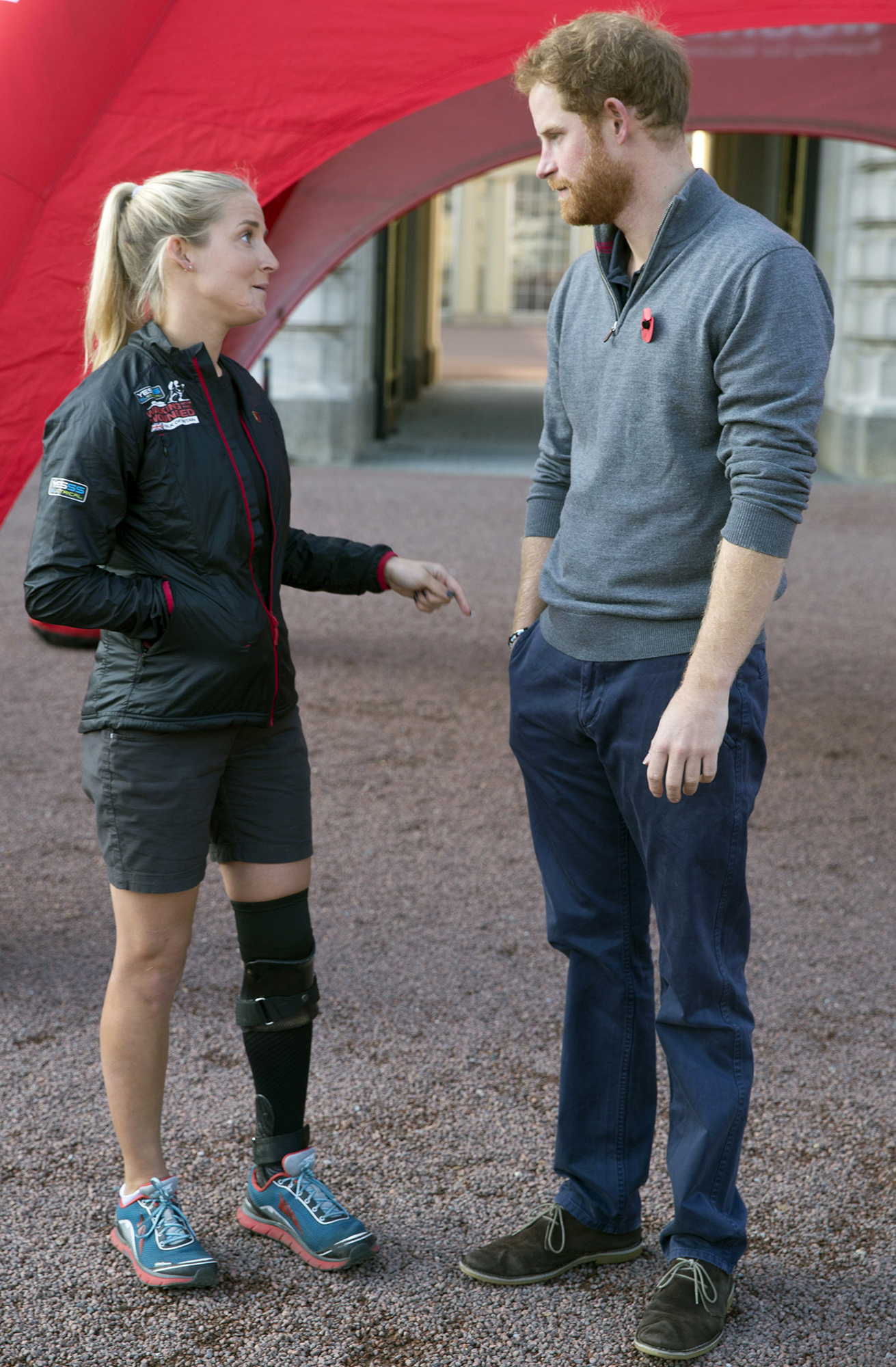 Ennis has inspired countless people, including Prince Harry, who she met at a Walking With the Wounded event in 2015. Following the event, Harry called Ennis his “hero,” and she went on to compete at the 2016 Invictus Games. Ennis won’t be competing in this year’s Invictus Games in Toronto, but hopes to participate in next year’s event, in Sydney, Australia.

“He is a good man with a big heart,” she says of Harry. “He’s definitely his mother’s child.”

This was a hard one. There are people in your recovery who turn into your rock, and they never even truly realize it. Since my injury, I have met some of the most remarkable, and inspiring people. Chris Van Etten and Colleen Baune became pillars of strength for me even through the new challenges they faced after TJs passing. We may not be terribly close as we were in the beginning of my recovery, but I’ll always feel indebted to you. I truly don’t feel like I would be as far as I am now without you being there in the start. Thank you. I did this for you to honor TJ. All my love, and best wishes. As we finished at Buckingham Palace today, TJs dog tag was left with Prince Harry to be honored and remembered. Prince Harry has become a dear friend to us and genuine advocate for our militaries. KIA Cpl TJ Baune 21 August 1990-13 June 2012 USMC OEF Rest easy Brother, we will take it from here. #princeharry #buckinghampalace #honorthefallen #protectourown #walkofbritain #walkingwiththewounded @stand4heroes

Her personal accomplishments mean a lot to Ennis, but nothing has a more of an impact than helping others. She recalls one moment in particular when she was able to inspire a young girl who also wears a prosthetic.

“I like to think I’m pretty tough but kids will bring me to my knees pretty quick,” she says. “There was a little girl at the prosthetics office who had never seen another girl with a prosthetic, let alone a grown-up. She was going into her first day of second grade. And she was just so in awe of me, calling me a princess. I still stay in touch with all of them. Her dad got ahold of me and he’s like, ‘You’ll never know what you just did for my daughter just by being there with her and walking with her.’”