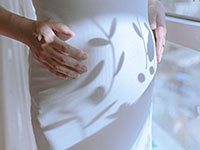 After years of struggling with repeated miscarriages and fertility treatments, including in vitro fertilization (IVF), Joanna Brody was thrilled when she finally conceived on her own at the age of 43even considering the increased risk of health problems associated with pregnancy after age 40. Still, the former marathon runner was in good health and exercised throughout her pregnancy, which was uneventful.

But two days after returning home from the hospital after her daughters birth (she also had a 6-month-old adopted son), she woke up feeling like she couldnt breathe. “I thought I was having a panic attack due to the stress of taking care of two infants while building a new home,” Brody, now 45, recalls.

The next day, when she couldnt catch her breath walking up a flight of stairs, she rushed to the emergency room. There, doctors discovered that her lungs were filled with fluid, a sign of peripartum cardiomyopathy, a potentially fatal condition that occurs when theres damage to the heart, resulting in a weakened heart muscle that cant pump blood efficiently. While it occurs in only about 1 in every 1,300 deliveries, its most common in older women, especially those, like Brody, who are over the age of 40.

“The numbers have really skyrocketed over the last two decades, as research has increasingly shown that older women are able to carry pregnancies and deliver babies safely,” says Mark Sauer, MD, chief of reproductive endocrinology at Columbia University Medical Center and a leading researcher in this field.